In addition to art, this Museum was founded with the mission to be a proponent for, and an interpreter of, nature. This mission is manifested in the conservatory, which contains warm growing non-native plants. It is under the direction of Dr. Mike Beck.

The C. Fred Edwards Conservatory opened in 1996 and is West Virginia's only plant conservatory. It features tropical and subtropical plants. The plants in our collection fall into four general categories: Orchids, Agriculturally Important, Fragrant, and Unusual.

Our Orchid collection contains 100 varieties, which include hybrids and species. Information about orchids can be obtained from the American Orchid Society (AOS).

The Agriculturally Important plant category includes plants that are familiar to most people because they eat them or use their products in some way. Examples include cashew, chocolate, banana, papaya, sugarcane, and coffee. Another useful plant includes the carnauba wax palm.

The presence of fragrant plants adds another dimension to the Conservatory. Plants such as the orange jessamine, white ginger, and Stephanotis add a pleasing aroma to the air. In addition to these plants, many of the orchids have a delightful fragrance. Plants in the Unusual category include the pitcher plant, designed to trap insects, the turtle plant, which produces a structure to help it survive droughts, and the sensitive plant, which responds to touch by folding its leaflets.

Predatory insects and mites are used in conjunction with oil and soap sprays to control plant pests such as mealy bugs and aphids. This allows the Conservatory to function as a mini-ecosystem where plants and animals live together to the benefit of one another. The mutually beneficial relationship is apparent in two of our three fish ponds, which function without filtration. Due to the presence of a sculpture, the Koi pond does contain a filtration system. 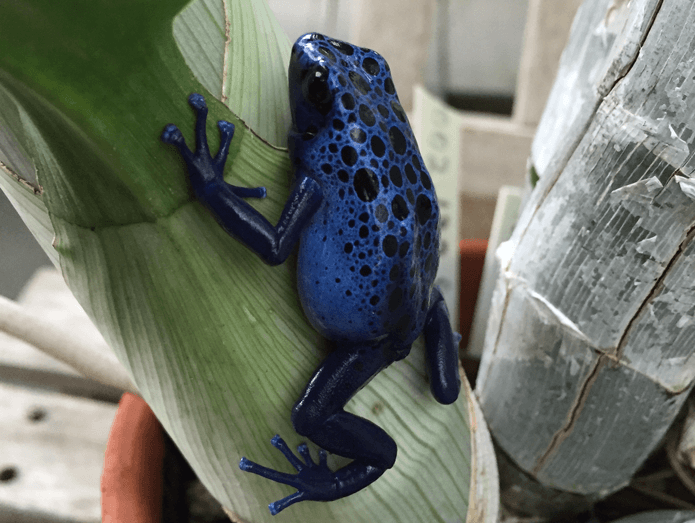 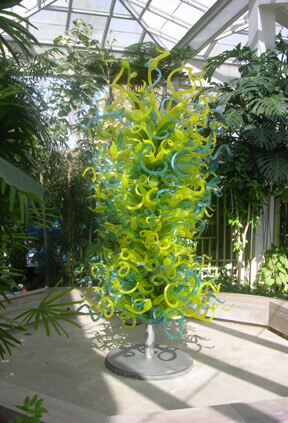 There are two sculptures in the conservatory. One is a site-specific glass sculpture by Dale Chihuly called The Huntington Museum of Art Tower; the other is a more traditional bronze sculpture titled Play Days by Harriet Whitney Frishmuth.

Glass sculpture consisting of 352 hand blown glass pieces mounted on a steel armature bracketed to the bottom of the pond in the C. Fred Edwards Conservatory of the Huntington Museum of Art. The piece was created at the Chihuly Studios in Seattle, Washington, and assembled at HMA on October 24, 2006, by two members of the Chihuly staff.

The plants and sculptures in the conservatory can be viewed at any time during regular museum hours. The museum is a member of the American Orchid Society (AOS), the American Public Garden Association (APGA) and the Association of Education and Research Greenhouse Curators (AERGC).

If you would like information on growing orchids at home, go to the AOS link below then click on All About Orchids.