A guided tour of this exhibit takes place during the Fourth Tuesday Tour on April 28, 2015, at 7 p.m. Admission is free. Refreshments will be served. This is a Macy’s Free Tuesday event.

Out of the 15,000 works of art in the permanent collection at the Huntington Museum of Art, which work would you pick as your favorite, and why? For a series of exhibits we are calling Collection Wisdom, we are posing that question to folks who know the collection well, HMA’s staff members and Board of Trustees.

Collection Wisdom: Staff Selects offers a variety of artistic styles and media chosen by HMA staff members. Works on view will include Love Tokens by Jules Breton (French, 1827-1906), selected by HMA Registrar Linda Sanns who has been with the Museum for 34 years! Come and see what has been selected, and why, and think about your favorite work! 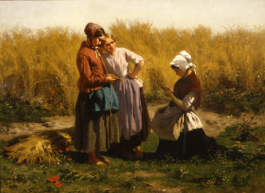 This exhibit will tap into the Museum’s rich collection of American paintings, drawings, sculpture, prints, decorative arts, and historic firearms to explore artworks created between the first years of the American Civil War up through the end of World War II.

Most artists don’t work in a vacuum, and their works, consciously or unconsciously portray the time in which they are created. Carefully selected objects, zeitgeists if you will, that contain the spirit of the era in which they were made, and following a timeline of American history from 1861 through 1945, will be highlighted. This era, rich in national and international events, expansion and exploration of the country, and technological and industrial changes, reveals great turbulence and soul-searching in what was still a fairly young nation trying to make its mark on the world map.

On view will be a number of works created as part of the war efforts, but most will be non-war related artworks that portray the range of artistic styles and developments from reconstruction and the “Golden Age,” the romanticizing of the American West, the American expatriates and artistic study abroad in the late 19th century, and up through early American modernism, the Depression era, regionalism, and the beginnings of Abstract Expressionism in the early-to-mid-20th century. This span of time, as seen through the creations by American artists and designers, takes the viewer from a mid-19th century focus on America, a shift to European artistic styles and trends, and then back to the United States with a focus on regionalism—culminating in a clash of ideas and styles as the nation progresses toward the middle of the 20th century.

Created Between the Wars: American Art 1861-1945 is generously sponsored by 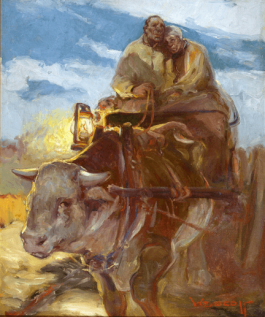 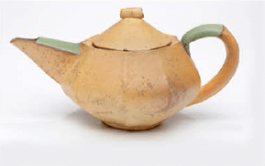 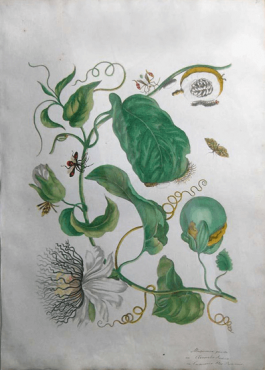 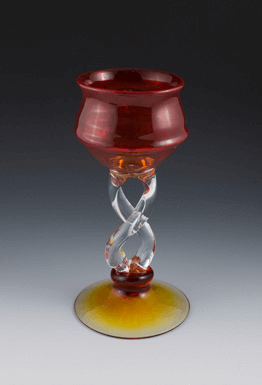