Jeffrey Sippel will give a public presentation about his work on October 1, 2015, at 7 p.m. Admission to the public presentation is free. Refreshments will be served. He will present a three-day workshop at HMA titled “Alternative Lithography and Monotype” on October 2-4, 2015, from 9 a.m. to 4 p.m. Call (304) 529-2701 for workshop fee information.

Jeffrey Sippel, Professor of Printmaking, joined the faculty of the University of St. Louis, Missouri, in 1998. Before that time he served as Education Director of Tamarind Institute from 1988 to 1998, The Ohio State University from 1985-1988 and in 1981 directed the Quensen Lithographic Studio in Lamspringe, Germany. He received his B.F.A. from the University of Wisconsin-Eau Claire and his M.F.A. from Arizona State University.

Sippel has presented more than 60 lectures and workshops throughout the world. Sippel’s prints and mixed media artworks have been exhibited in more than 40 solo and two-person exhibitions, including exhibitions at Sala Negro, EL Instituto Chileno Nortreamericano, Santiago, Chile; the Schmidt Art Center, Belleville, IL; Gallery KO 25, Hanover, Germany; the University of Talca Gallery of Art, Santiago, Chile; and the Frans Masereel Centrum, Kasterlee, Belgium. He has also participated in more than 200 group exhibitions.

Sippel is represented by Gruen Galleries in Chicago and his work is in numerous public and corporate collections on four continents, including the Milwaukee Art Museum, Milwaukee, Wisconsin; Nelson-Atkins Museum of Art, Kansas City, MO; Bibliotheque Nationale deFrance, Paris, France; and the Smithsonian National Museum of Art, Washington D.C. 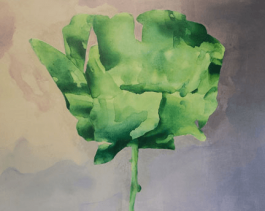