Brooklyn-based ceramist Albert Pfarr is known for large-scale, free-standing ceramic sculptures composed of hundreds of interconnecting and interchangeable parts that draw inspiration from patterns of construction in both nature and technology. Using a peg-and-hole fabrication technique, Pfarr inserts a variable combination of earthenware spines, flanges and loops into a cylindrical terra cotta core. The resulting non-representational forms “bloom” and develop organically, spontaneously, as he carefully balances and counterweights the numerous components. His assemblages are modular: each contains potential elements of the next, to be recycled into new objects in entirely different configurations. The scale and sheer physicality of Pfarr’s work can be intimidating and otherworldly, yet the familiar resemblance to oversized toys, models of molecular structures, or three-dimensional doodles engages and delights the viewer.

Albert Pfarr received a Bachelor of Arts from the State University of New York – Potsdam in 1984. Following post-baccalaureate study at the University of Massachusetts – Amherst, he earned a Master of Fine Arts degree in 1990 from the New York State College of Ceramics at Alfred University. Pfarr has received numerous awards, research grants, fellowships and residencies, both stateside and abroad. In 2005, he was one of six national Emerging Artists chosen by the National Council for Education of Ceramic Arts. The following year, he was selected as the NCECA Artist-in-Residence for a six-week residency at the Guldagergaard International Ceramic Research Center in Denmark. Pfarr’s work is represented in numerous private and public collections such as the Daum Museum of Contemporary Art, Sedalia, Missouri; the Archie Bray Foundation, Helena, Montana; and the John Michael Kohler Arts Center, Sheboygan, Wisconsin. His work has been featured in The New York Times, Ceramics Monthly, and American Craft, among others. Since 2007, Pfarr has managed the education and studio operations of Greenwich House Pottery, an internationally recognized center for ceramics in New York, N.Y. 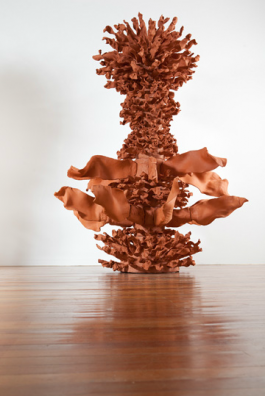