From the 1960s forward, artists began to embrace printmaking with a wide-reaching enthusiasm that had not been seen in previous years. In the United States, opportunities to publish fine art prints blossomed as new print studios popped up around the country, including Universal Limited Art Editions in West Islip, New York, Tamarind Lithography Workshop in Los Angeles, Crown Point Press in Oakland, California, and Gemini G.E.L. in New York City. Several universities established fine art presses, such as those at the University of South Florida (Graphicstudio) and the University of Wisconsin (Tandem Press), and many independent nonprofit presses were created such as Anchor Graphics in Chicago.

For artists, the chance to find new means of expression in collaboration with master printers presented an enticing opportunity to showcase their work in a new light, so many prominent painters and sculptors began to explore printmaking with a renewed vigor. For collectors, editioned works by leading artists became affordable and readily available, leading to an unprecedented art sales boom. The Huntington Museum of Art has an impressive collection of prints from the modern era that continues to grow through new acquisitions. This exhibit will showcase works ranging from prints from the 1960s by established masters such as Pablo Picasso, Alexander Calder and Louise Nevelson to new works by contemporary women artists such as Barbara Takenaga, Maria Tomasula, and Claudia Bernardi. A variety of printmaking processes will be on display ranging from traditional fine art mediums such as lithography and etching to the experimental techniques that were embraced during the innovative period of the latter 20th century. 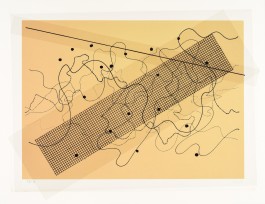