The Huntington Museum of Art will participate in the City of Huntington’s yearlong celebration of its 150th birthday with a special exhibit and publication of a new art reference book that both feature the work of Huntington artists.

The Huntington Sesquicentennial Exhibit will be on view at the Huntington Museum of Art from September 18, 2021, through January 16, 2022.

Beginning with a bronze portrait of city founder Collis P. Huntington by famed sculptor Anna Hyatt Huntington, the exhibit will include early landscape paintings that depict the genesis of the built environment in Huntington and move forward to more contemporary representations by artists such as former Marshall University professor Stan Sporny. A selection of decorative objects that were made in Huntington will also be included, such as pottery from the Wyllie China Company and glass from manufacturers such as Huntington Tumbler Company and Rainbow Glass Company.

The primary focus includes artists who have lived and worked in the city, ranging from familiar names such as Chuck Ripper and Adele Thornton Lewis, to former Huntington barber Billy Scott, whose paintings depict the lives of the city’s African-American residents in bygone days. Covering the entire timespan of the city’s existence, the show will also highlight work in a variety of media from the late 19th century to contemporary artworks by June Kilgore, Theresa Polley-Shellcroft, Vernon Howell, Klaus Ihlenfeld, Tina Williams Brewer, and Don Pendleton.

HMA is pleased to announce that a new biographical dictionary on artists who have lived in Huntington will be released during the city’s anniversary year. Titled “Eclectic Rhythms: The Artists of Huntington, West Virginia 1871-Present,” the book is dedicated to noted art historian Chris Petteys (1927-2006), who authored the groundbreaking work titled “Dictionary of Women Artists: An International Dictionary of Women Artists Born Before 1900.”

The new book contains nearly 600 biographies of artists of every type who made their home in the city at some point during their careers. “Editing a book about the artists of Huntington, West Virginia, was both a daunting and rewarding task,” said HMA Executive Director Geoffrey K. Fleming. “Huntington has been blessed with a number of talented artists and I believe this book highlights the talents of each one of them while providing a valuable research tool for anyone interested in the city’s artistic past.”

This exhibit is presented by City of Huntington and the 150th Anniversary Committee. 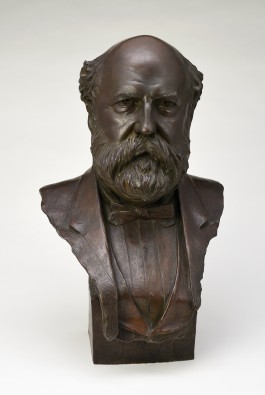