This series of six interrelated exhibits begins with one of the simplest and most versatile elements in any artist’s toolbox: line. A line is a literal or implied connection between points or, as poetically defined by artist Suzanne Caporael, “a point moving through space, trailing its history behind.”

“I’m excited to curate this series of exhibits to help our visitors conceptualize the elements of art and to display some diverse works from our permanent collection at the same time,” said John Farley, HMA Senior Curator / Exhibition Designer. “I hope that this series of exhibits will encourage viewers toward a goal of better understanding the ways in which artworks are made. Even diverse works of art may be similarly constructed and share a lot of common DNA. Learning to discern commonalities is as interesting and important as appreciating differences. I believe that greater appreciation naturally follows when one grasps the means and the methods that artists have employed to communicate their ideas.”

Drawing inspiration from the vision of famed architect Walter Gropius, The Visual Elements will cultivate creativity and a greater understanding of artistic expression with a six-part series of exhibits that explores the foundational building blocks of artmaking. Using the Museum’s permanent collection, each exhibit will emphasize, thematically, a certain shared aspect of the art on display. Yet artworks are, most often, orchestrated arrangements of multiple visual elements, composed together in the service of constructing an image. Each installment in this series will also illustrate ways in which the visual elements build upon one another.

In partnership with his firm, the Architects Collaborative of Cambridge, Massachusetts, Walter Gropius designed the Huntington Museum of Art’s 1968 addition and studios. Ours is the only American art museum brought to completion using a Gropius design, a remarkable chapter in HMA’s story and a significant contribution to Huntington’s architectural landscape.

In 1968, at the groundbreaking of what would become HMA’s expanded facility, Gropius spoke:

“It will be of incalculable value for Huntington and its neighboring towns to have at their disposal a greatly broadened institute – after these buildings will be finished – to pursue both the improvement of historic knowledge of art as well as the artistic creativity of their own young generation for the cultural benefit of the whole community. I ask your permission to stress particularly the aspect of workshop development in the gallery which is perhaps less obvious in its scope and value to the average person than appreciation of art of the past, but ever so much more important for the future generations’ creative attitude.”

This exhibit is presented by Edward Tucker Architects, Inc. 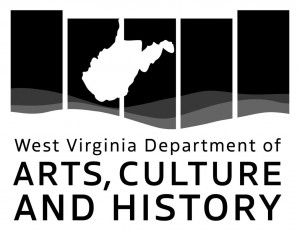